Brendan McLeod and the long-running JUNO-nominated folk group The Fugitives perform Ridge, their unforgettable piece of musical theatre that pays tribute to the more than 10,000 Canadian casualties of Vimy Ridge. 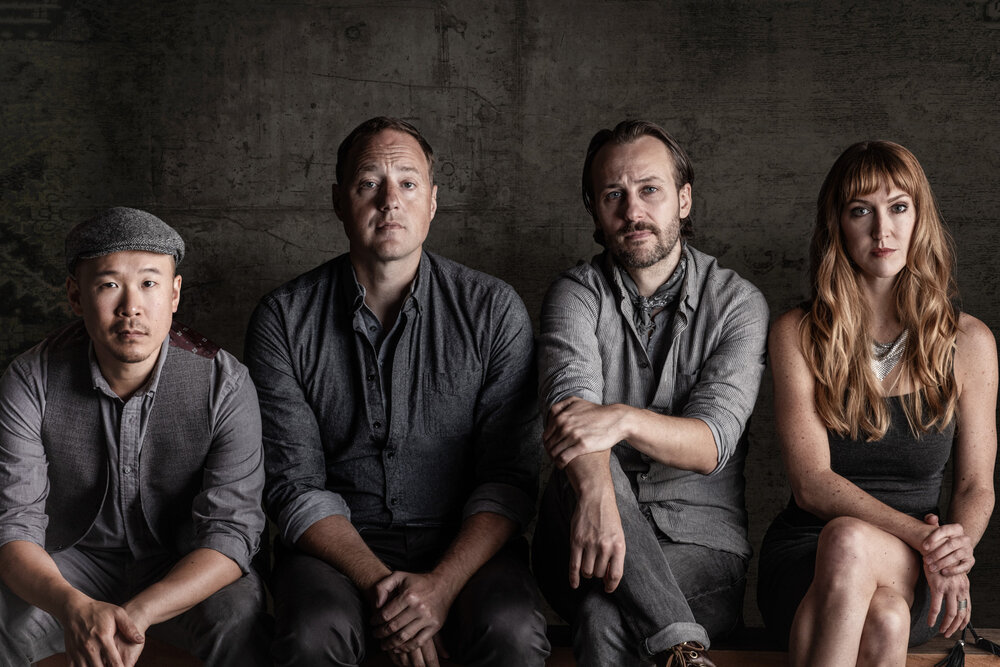 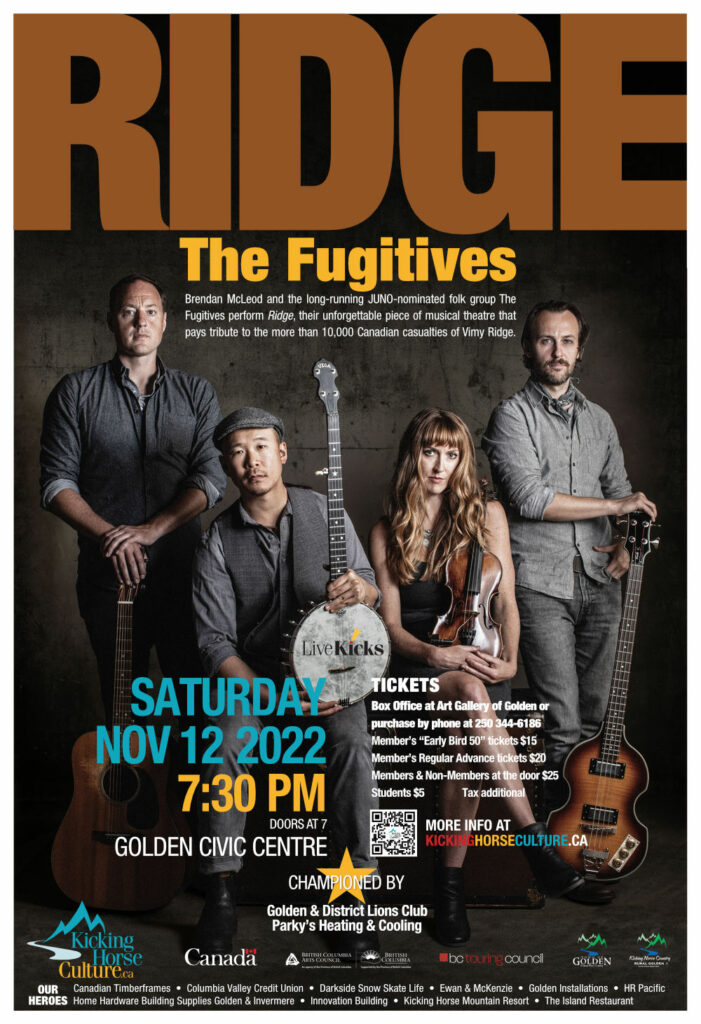 Described by The Georgia Straight as “a creative typhoon,” Vancouver-raised Brendan McLeod writes novels, plays, and poetry, and is the founder of the long-running JUNO-nominated folk group The Fugitives.

For most of his life McLeod has also been obsessed with the history and stories of Vimy Ridge, the legendary WW1 battle that resulted in over 10,000 Canadian casualties. Recently, McLeod turned his scholarly zeal into a passionate and thoughtful show called Ridge, which pays haunting tribute to those fallen soldiers while at the same time taking fierce aim at the futility of war.

Local Golden resident Jim Hoover sent us photos of his grandfather W. J. Smallacombe and a letter he sent to his father that was written on the second day of the Vimy Ridge battle. See them posted below.

Vimy Ridge is often called “the battle that made Canada,” and there is much flag-waving mythology wrapped up in that high-minded phrase. McLeod wanted to offer a grittier and more nuanced perspective of those bloody three days and began writing a one-man show about Vimy. During his research he kept being drawn to songs – often protest songs – that had been penned by soldiers in the trenches, young men desperate to live but afraid they’d soon be dead. And Ridge, originally a purely narrative work, transformed substantially as those heart-wrenching, emotionally raw, and sometimes black-humoured lyrics became central to what was becoming a potent piece of musical theatre, now to be performed by all four members of the band.

By setting those haunting words to The Fugitive’s own contemporary musical settings compatible with their bass, guitar and violin format, McLeod and his band forged a powerful way to express the horror and heartbreak of that blood-soaked battle from a century ago. According to the Winnipeg Free Press, “McLeod’s range is wide . . . but there’s an easy precision to his delivery, which combines crack timing with immediate, unforced intimacy.”

Whether it is questioning the nature of grief, our connection to the past, the resilience of the human spirit, the complicated truths of militarism, or how Indigenous Canadians fought bravely at Vimy and elsewhere yet returned to Canada as under-valued citizens, Ridge challenges us to rethink our history. It is vivid and visceral and offers a deeply emotional evening of music and memories that you won’t soon forget.

Letter Written by William J. Smallacombe on the second day of the Vimy Ridge Battle – April 10, 1917

Yesterday at 7:35 AM (Easter Monday), I “went over”, and as it was my first time to go over the parapet, I naturally felt a little nervous, but although shells were dropping all around me, I was not hit and as it happened, I was not the least bit afraid.

I was awake all the night of Easter Day, and the next morning at 5:30 AM, the barrage started and the infantry gained the second objective at 7:30 AM, when I took up my machine guns. I got up to the Red Objective and all the casualties I had was one Corporal killed and one Sargeant and three men wounded out of 29 including myself.

This was nothing like the Somme, but just the same there are poor beggars lying around here whose soldiering days are over.

Later at 10:30 AM, we advanced again and I was in position by 12:00 noon and am still in the same place. The tanks came over and they went almost as fast as we did, on account of the heavy loads we had to carry. In all, we advanced from Nouvelle St. Daost to Thelus and it remains to be seen if we hold it or not.

The shells are dropping outside here now and not long ago, I was outside and four men near me were all cut up. I have bound up some men lately and what little I know of bandaging has stood me in good stead.

I can just look over the ridge to the left here in one direction and see Vimy in the valley, and ahead I can see Farbus and Willervall, and you can look this up on a map.

In the dugout I captured what was an old dressing station. I have found German maps, a German cigarette case, belt, bayonet, watches and food, so we think we are well off for souvenirs. I also have a waterproof sheet and water bottle, and will get some of these home.

I answered all the letters I received before I went over the parapet, and so have no news to tell you outside of the attack. I have been feeling fine lately, and hope that I do not get sick as I would miss the fighting here.

Well, I will close for this time and hope that I will come through this show. 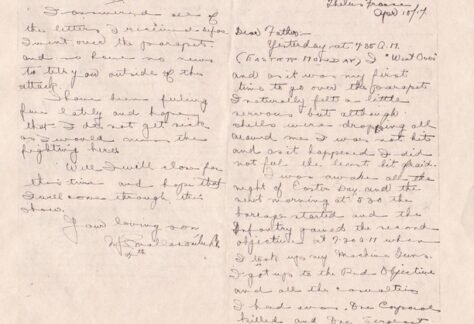 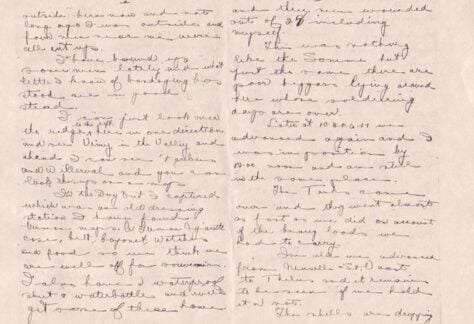 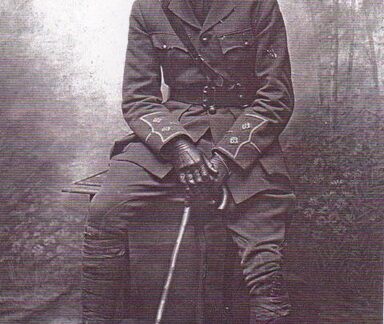