Important Notice Capacity is now at 100% but PHO still requires Covid Vaccine Passport with personal ID for entrance. Advance tickets at AGOG only please.
The setting is France, where two Americans – best friends since childhood – are on a cycling holiday. From love rivalry to career rivalry, the ups and downs of an often toxic male friendship have a winning authenticity. 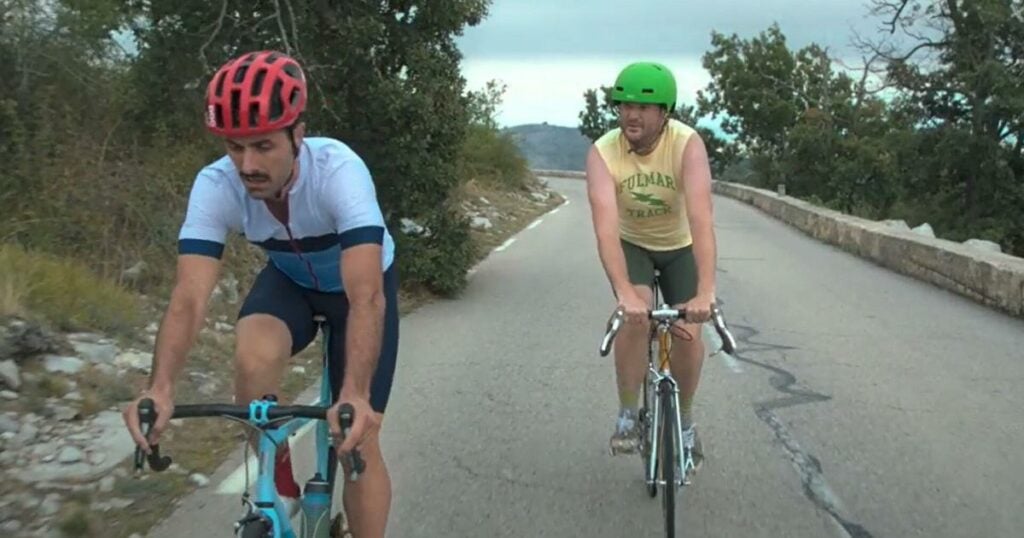 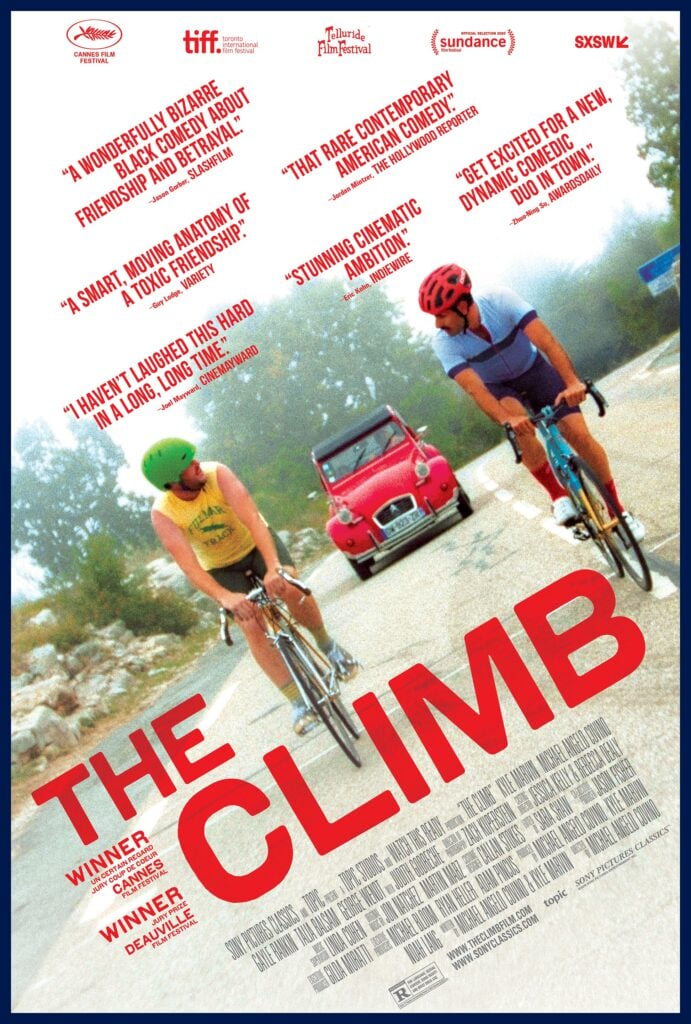 I laughed hysterically during the first scene of The Climb, Michael Angelo Covino’s brilliantly original indie bromance. The setting is France, where two Americans – best friends since childhood – are on a cycling holiday. Mike (played by Covino) is head-to-toe in Lycra, obnoxiously spouting cycling terminology. His out-of-shape friend Kyle (co-writer Kyle Marvin), is trailing behind, puffing and panting. Mike waits for the start of a particularly tough climb to confess he’s been sleeping with Kyle’s fiancee. Kyle: “You’re like a real-life Judas!” Mike: “On the plus side, that makes you Jesus.” At one point, Kyle gets off his bike and carries it, running up the hill in pursuit of Mike. Tragedy and slapstick run through the film and it is very funny.

The Climb charts the ups and downs of Kyle and Mike’s toxic friendship over a dozen years or so – and I can’t think of a film about male friends told with such microscopic attention to detail.

It’s structured in seven chapters. Chapter two takes place at a funeral a few years later – the first time the men have clapped eyes on each other since the bike ride. The tables have turned. Mike is going to seed, drinking too much, disappointed by life – and it becomes apparent that he is a rampant narcissist. Meanwhile, nice-guy Kyle has lost weight and achieved minor success writing advert jingles. If he feels a flush of schadenfreude at seeing how ropey Mike looks, he’s disguising it. The chapter ends with a hilarious graveside altercation involving a shovel.

Co-writers Covino and Rankin are friends and observe their characters beautifully. They don’t ignore the female roles, either. Gayle Rankin is just as memorable as Kyle’s partner, Marissa – like everyone here, she feels like someone you might know.