One of this country’s most exciting classical duos, violinist Amy Hillis and pianist Meagan Milatz are setting a new standard for audience-friendly classical music in Canada. 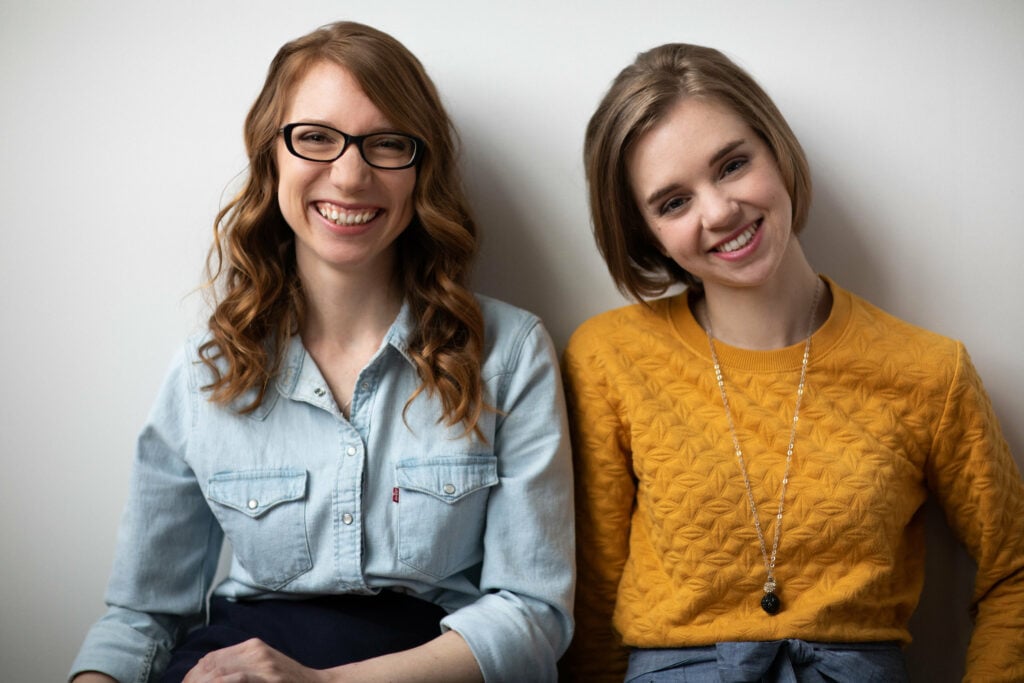 Meagan Milatz and Amy Hillis – also known as meagan&amy – are one of the most exciting classical duos in Canada. With a compelling combination of virtuosity, sensitivity, and passion, violinist Amy Hillis and pianist Meagan Milatz have brought a notable spirit of innovation to the realm of chamber music.

Although this dynamic duo began their partnership in 2011, they have also maintained impressive individual careers. Amy is a founding member and manager of the prairie-based Horizon String Quartet, as well as an assistant professor in the Department of Music at York University, and also works with performers and composers literally around the world.

Meagan is similarly much-desired as a musical collaborator, having worked with the likes of Andrew Wan, concertmaster of the Montreal Symphony Orchestra, and renowned cellist Matt Haimovitz. Meagan has also appeared as a soloist with numerous orchestras, and both women have won a shelf-load of awards.

Their work as a duo has been noteworthy indeed, including their debut CD, Roots, as well as distinguished festival appearances and national broadcasts on the CBC (they are regularly featured on Tempo with Julie Nesrallah and Backstage with Ben Heppner). Called “both fearless and nuanced” by Toronto Concert Reviews, meagan&amy were awarded the first ever Pan-Canadian Recital Tour, comprising performances in 50 different Canadian cities in 10 provinces and three territories.

“Their collaborative musicianship combined with their very accessible, yet audacious repertoire made an immediate impression,” says Daniele LeBlanc, executive director of Jeunesses Musicales Canada, the group that sponsored that very successful tour.

Despite their immense technical ability, these two musicians are equally skilled at winning over any audience – as witness their YouTube videos where meagan&amy are having a blast giving impromptu sidewalk performances. These two gifted and giving artists are setting a new standard for audience-friendly classical music in Canada.