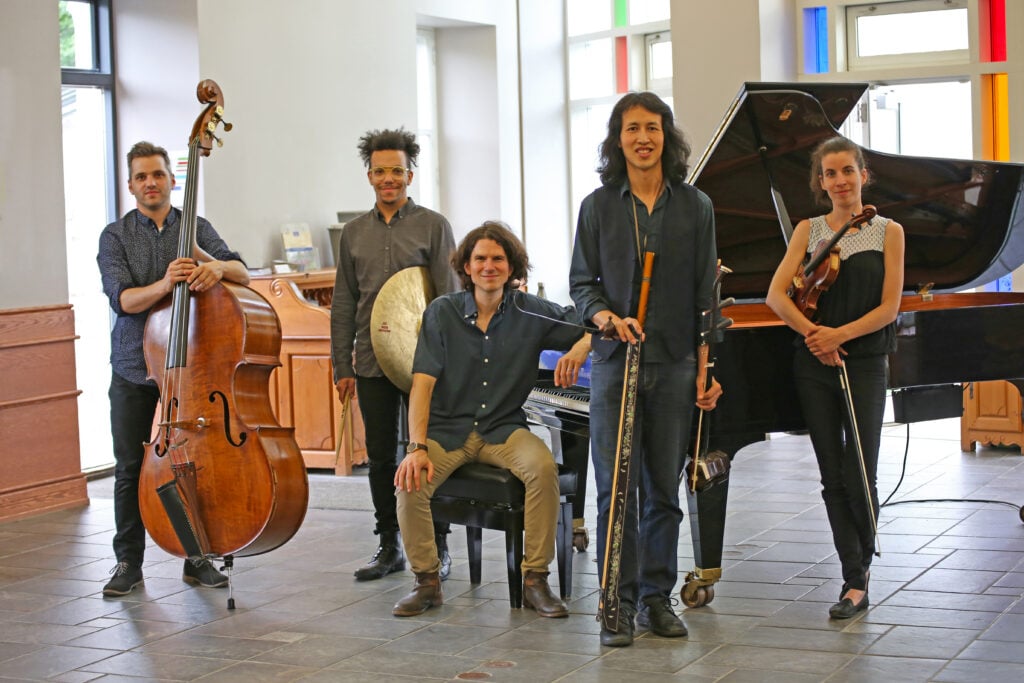 Group founder Huu Bac Quach was born in Vietnam from parents of Vietnamese and Chinese descent. He moved to Montreal at age two, and soon started his musical journey with jazz guitar. Huu Bac then mastered a variety of Asian and South American instruments such as the Chinese fiddle and Andean bamboo flute, and the east-meets-west-meets-south soundscapes he was creating led this multi-instrumentalist to several collaborations with Cirque du Soleil and Robert Lepage.

He formed his all-star jazz-plus quintet nearly a decade ago, and the result has been numerous awards and ecstatic audiences all across North America and Asia. Reine Côté of Journal Accès praised the group’s “finesse, virtuosity, and boldness” while La Tribune’s Alexandre Faille wrote that “the balance between jazz and Asian influences reminded us of the harmony between nature’s elements.”

An intuitive and gifted jazz-master able to beautifully blend western and eastern colours, Huu Bac has chosen his bandmates for their versatility as much as their virtuosity. His pianist, Guillaume Martineau, not only graduated from Boston’s Berklee College but also completed a Master’s degree in classical piano (and won first prize at the Canadian Music Competition in 2009). The quintet’s bassist, Olivier Babaz, is also an innovator, combining elements of modern jazz, acoustic rock, and intriguing polyrhythmic textures. Award-winning drummer Etienne Mason was acclaimed as Instrumentalist of the Year at the Jazz En Rafale contest in 2013 – possibly because he is equally adept at playing in the realms of jazz, rock, and electronica. Adding the group’s final creative spark is violinist Zoé Dumais, who has a Master’s degree . . . and a fiery spirit of improvisation.

Praised for their “dynamism, talent, humour, and creativity” by Info-Culture, these five audaciously original musicians are truly special.