This edgy, fun, and gorgeous film puts big business under the scope and celebrates the fascinating world of roses. it’s a love story and a world of eye-popping fun. 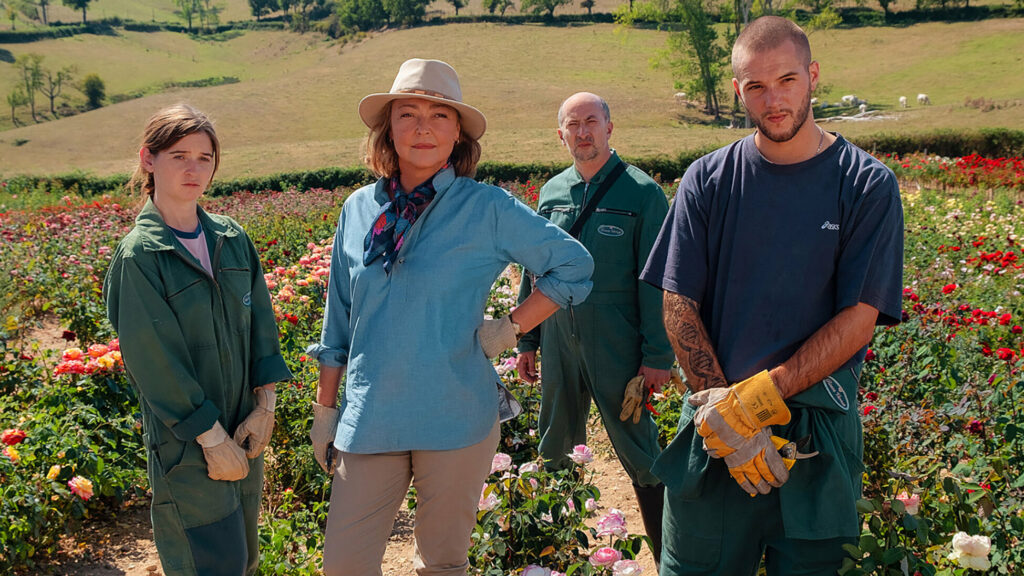 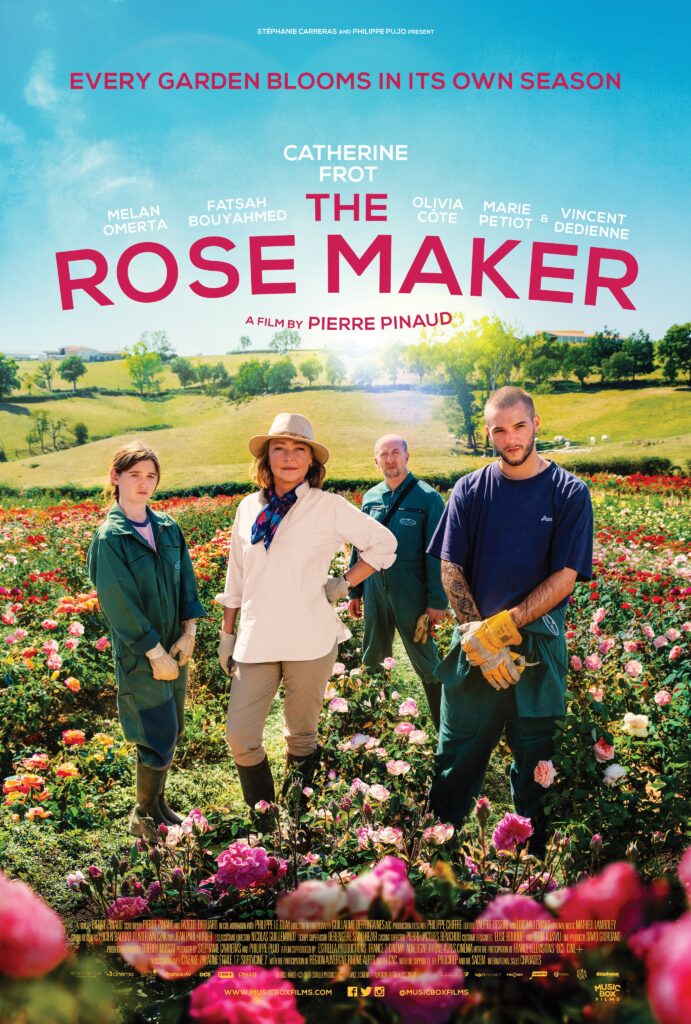 Eve (Catherine Frot) has dedicated her life to growing roses. But her small independent farm has fallen on hard times and she’s facing bankruptcy. Her assistant has the smart idea to bring in three convicts serving social rehab to help out, and indeed, while they lack horticultural experience, the trio do bring other useful skills to the table…

This sweetly aromatic sentimental comedy doesn’t strain for belly laughs or seek to reinvent the wheel (though Eve does create a whole new rose), but its picturesque charms, gentle humanism and likable cast may be just what the doctor ordered in these stressful times.

The film’s climactic scenes are tear-jerkers that actually feel earned rather than engineered. Top it off with Pinaud’s final dedication, and The Rose Maker turns into a film that wears its emotions lightly but generously, like dew on a blush-colored petal.

A slender but engaging tale about competition, cooperation and creativity. And while we’re on the C’s, no small amount of craftiness.

The director Pierre Pinaud doesn’t strain the high jinks for belly laughs, nor does he push for tears when it comes to forging the cross-class bonds between his characters. It’s a relaxed film, one that allows the audience to sit back and, if not smell the roses, then at least appreciate them. Just as they are for Eve, the flowers are this film’s raison d’être — a reminder that glimpsing beauty is reason enough.