Featuring some of Martin McDonagh's finest work and a pair of outstanding lead performances, The Banshees of Inisherin is a finely crafted feel-bad treat. The film manages to be both of the moment and completely timeless.
Buy Tickets 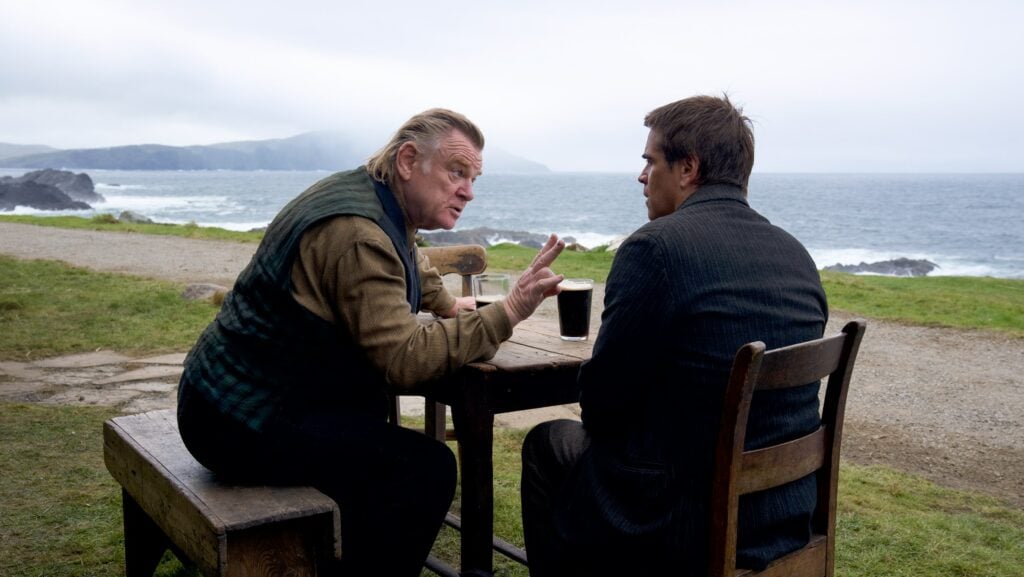 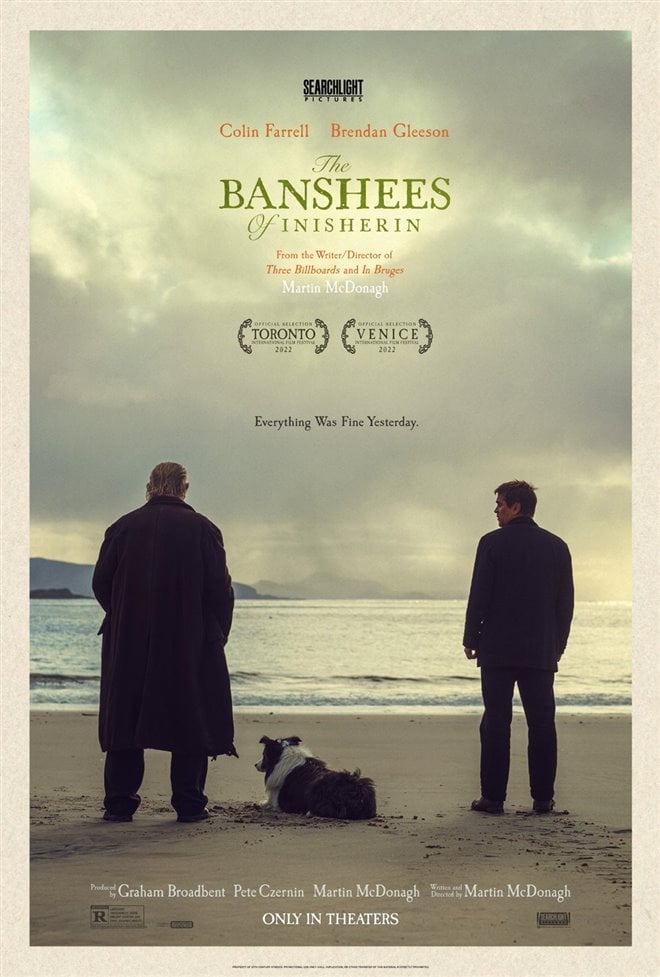 Tragedy and comedy are perfectly paired in this latest jet-black offering from Martin McDonagh, which, like the writer-director’s previous film Three Billboards Outside Ebbing, Missouri (2018), seems a strong contender for the Oscars’ best picture race. Reuniting the two stars of McDonagh’s 2008 debut feature In Bruges, it’s an end-of-friendship breakup movie that swings between the hilarious, the horrifying and the heartbreaking in magnificent fashion.

It’s 1923, and on the fictional island of Inisherin the sounds of the Irish civil war (“a bad do”) can be heard across the water, providing suitable background noise for the internecine struggles to come. Every day at 2pm, dairy farmer Pádraic (Colin Farrell) calls on his best friend, Colm (Brendan Gleeson), and the two head to the pub. They’re a chalk-and-cheese pair: the former a simple soul who can talk for hours about horse poo; the latter “a thinker” who writes music, plays the fiddle and falls prey to bouts of existential despair. Circumstance has made them inseparable.

Today, however, is different. When Pádraic knocks, Colm simply sits in his chair, smoking. “Why wouldn’t he answer the door to me?” Pádraic asks his smarter sister Siobhán (Kerry Condon), with whom he shares the home from which she constantly has to eject his beloved donkey (“animals are for outside!”). “Perhaps he just doesn’t like you no more,” Siobhán replies – a joke that soon turns out to be horribly true.

There are plenty of quotable, laugh-out-loud moments in The Banshees of Inisherin (the title has a funereal musical twist) that meld odd-couple comedy with toxic bromantic satire. But behind the gags lies the terror of being forgotten when we die, and it’s that, rather than any friendship issue, which seems to drive Colm’s self-mutilation. There’s real sadness, too, in the way that Pádraic’s dismissal of Dominic as the island’s premier dullard (an assessment that is tragically untrue) mirrors his own mistreatment by Colm – an unjust hierarchy of hurt.

Visually, cinematographer Ben Davis and production designer Mark Tildesley create painterly interiors that recall the canvases of Vermeer and the compositions of Danish director Carl Theodor Dreyer, while composer Carter Burwell emphasises the film’s fable-like qualities with refrains that sound like off-kilter nursery rhymes played on cracked shellac records. As for the cast, they are a note-perfect ensemble, a flawless instrument upon which McDonagh plays his deliciously melancholy danse macabre.