This movie-making industry satire is witty, intelligent and saved from potentially unbearable navel-gazing by the warmth, talent and sheer charismatic chemistry of Cruz and Banderas. It’s comedy with an edge, a more than satisfying ending and a haunting final image. 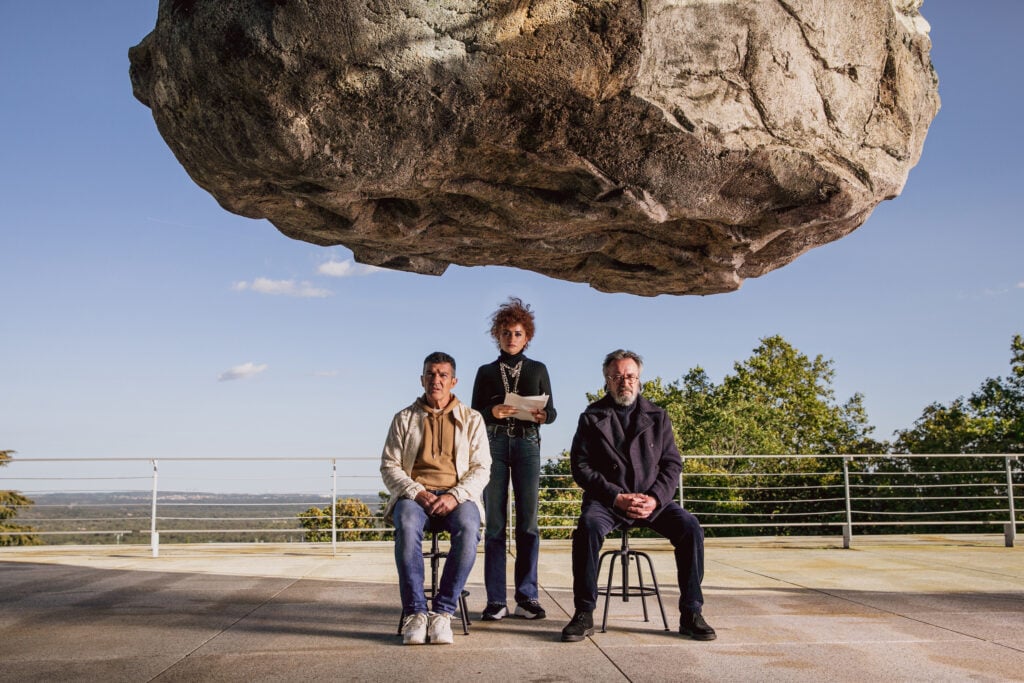 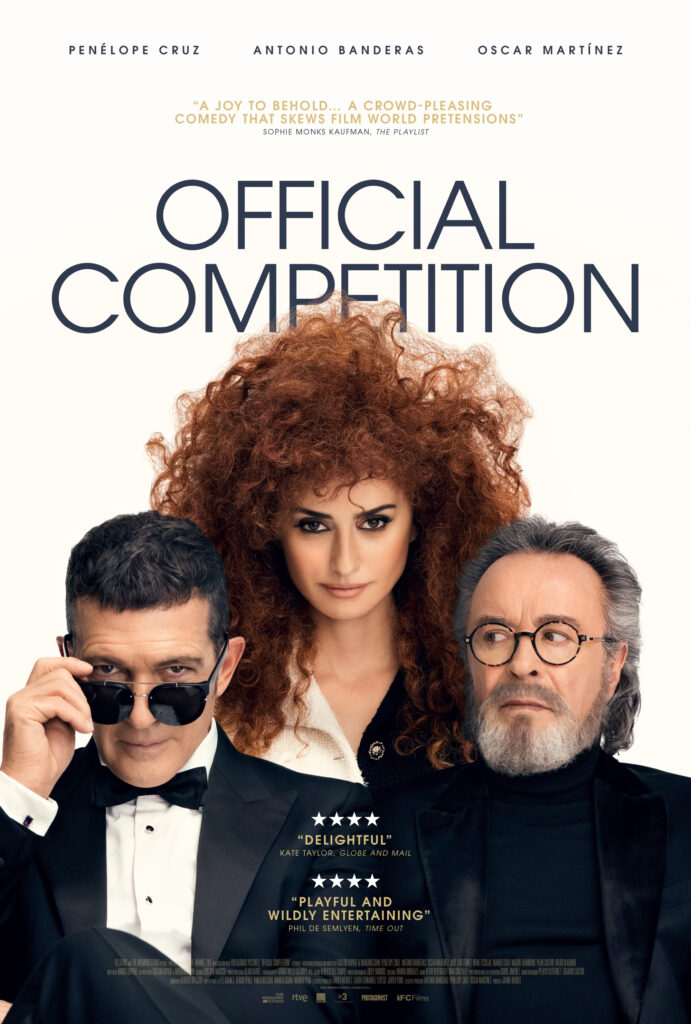 About the choice of Official Competition, our Film Kicks group says, “Two of our favourite actors, especially when they team up  together was good reason to select this movie for our Fall line-up. Penelope Cruz and Antonio Banderas are both audience favourites and Official Competition offers movie goers a treat.”

Penélope Cruz and Antonio Banderas star as two egomaniacs commissioned by a millionaire to make a movie together in this sharp comedy skewering wealth, art, and pride.

An aged multimillionaire, Humberto Suárez, seeking to leave a legacy decides to finance a motion picture directed by eccentric Palme d’Or laureate Lola Cuevas. The screenplay is adapted from an award-winning novel about a man who is unable to forgive his brother for killing their parents in a drunk-driving accident. The two brothers are to be played by stage actor Iván Torres and celebrity actor Félix Rivero, whose differing methods cause them to clash during rehearsals.

The Argentinian directing duo Gastón Duprat and Mariano Cohn have a fascination with battling male egos: Territory is at stake here as Félix and Iván jostle for Lola’s approval during the increasingly wacky rehearsal process that makes up the main body of the film. Duprat and Cohn fill the set – the headquarters of Humberto’s empire, a grand but soulless modernist temple to wealth – with mirrors, the better for these preening, self-regarding egotists to admire themselves.

But for all the considerable, if at times slightly overstretched entertainment value of watching Félix and Iván trade petty micro-aggressions and status flexes, it is Cruz, fiercely deadpan and utterly bonkers, who steals the film. Autocratic, exacting and strung as tightly as a banjo, Lola suspends boulders over her actors to fine-tune the authenticity of their emotional response, and uses an industrial metal grinder for an exercise in “ego”.

With its blend of scabrous honesty and self-skewering silliness, this is a deeply perceptive film about the movie-making business.

An uproarious comedy that’s also deliciously well-performed… this gem cleverly gets away with being both roast session and sneaky celebration at once. Daily Telegraph