A young Finnish woman escapes an enigmatic love affair in Moscow by boarding a train to the arctic port of Murmansk. Forced to share the long ride and a tiny sleeping car with a larger than life Russian miner, the unexpected encounter leads the occupants of Compartment Number 6 to face major truths about human connection.
Buy Tickets 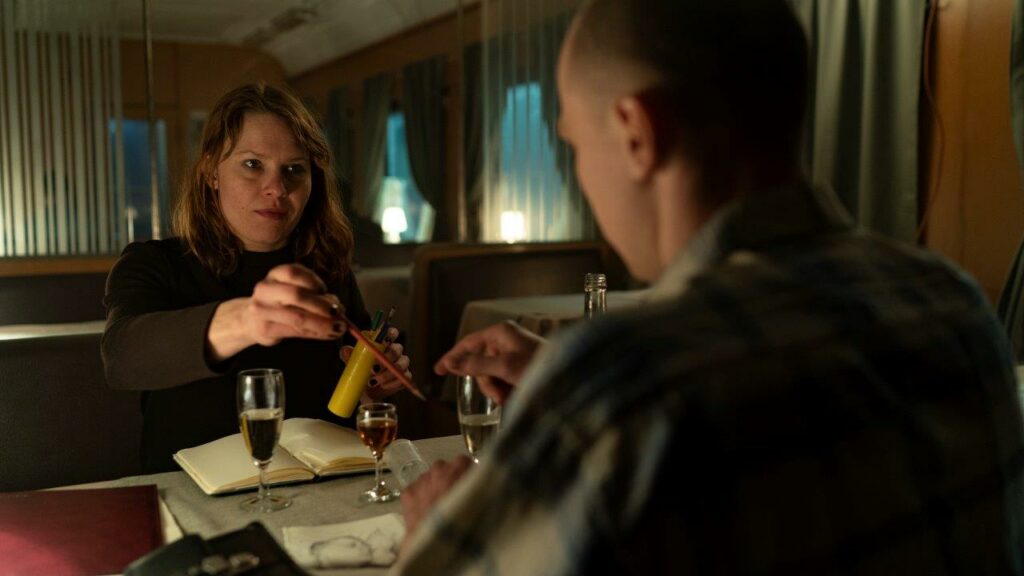 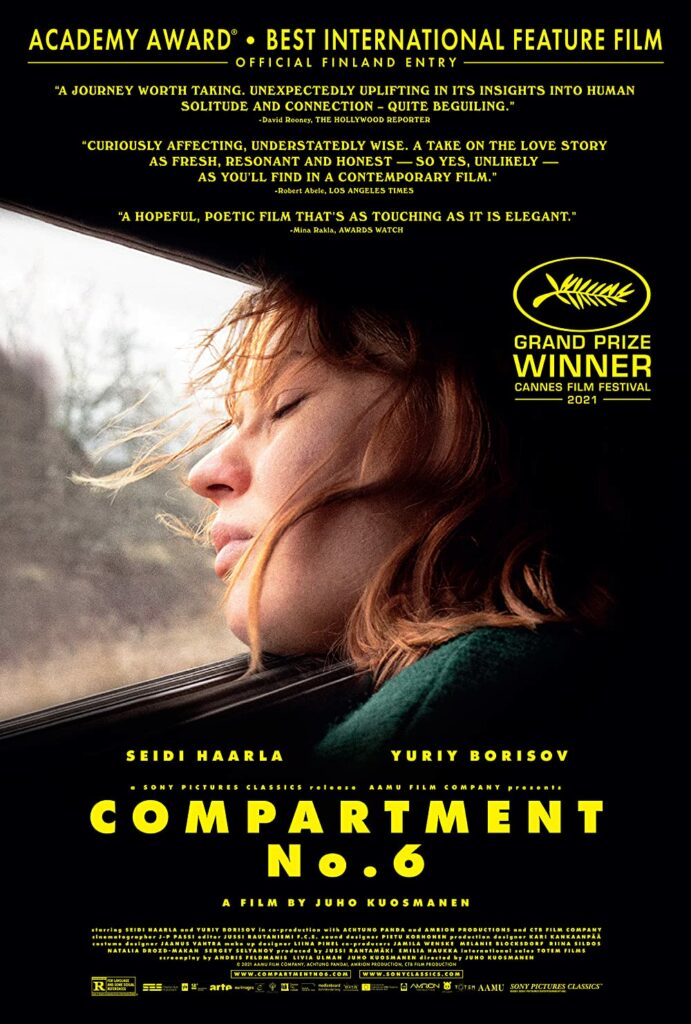 When we first meet the two passengers in Juho Kuosmanen’s masterful Compartment No. 6 (co-winner of the Cannes Grand Prix), they seem like unlikely friends. They’re divided by class, nationality, and language. Laura (Seidi Haarla), a Finnish grad student, has just said goodbye to her Russian lover Irina and boarded a train headed for Murmansk, a remote city in the Arctic circle, to see the rock drawings — supposedly a fitting, poetic conclusion to her time studying in Russia. The loutish Ljoha (Yuriy Borisov), who polishes off a large bottle of vodka the first night of the trip, is reporting for work at the massive mine in the region. As the journey drags on, though, cracks appear in the facades they present and their vulnerabilities force them to recognize each other as far more complex than the fronts they present to the world — or what their own prejudices dictate.

Compartment No. 6 has been compared to Richard Linklater’s Before Sunrise, a comparison that’s logical but not entirely accurate. In its ruminations on taste, assumptions, and the implicit erotic opportunities and dangers afforded by long trips, Compartment No. 6 seems closer to classics of travel literature like Mary McCarthy’s “The Man in the Brooks Brothers Shirt” — and Laura and Ljoha are not linked by youth and endless possibility. They’re committed to their choices and are learning the drawbacks inherent in them, making their time together all the more affecting and poignant. (Significantly, the movie is based on a novel set right before Glasnost, but this takes place a decade later, not long before the rise of the current regime.)

As with his exquisite debut, The Happiest Day in the Life of Olli Mäki, Kuosmanen again proves himself to be a brilliant director of actors (Haarla and Borisov are stellar) and, perhaps more importantly, an artist who’s both an acute observer and profoundly compassionate.