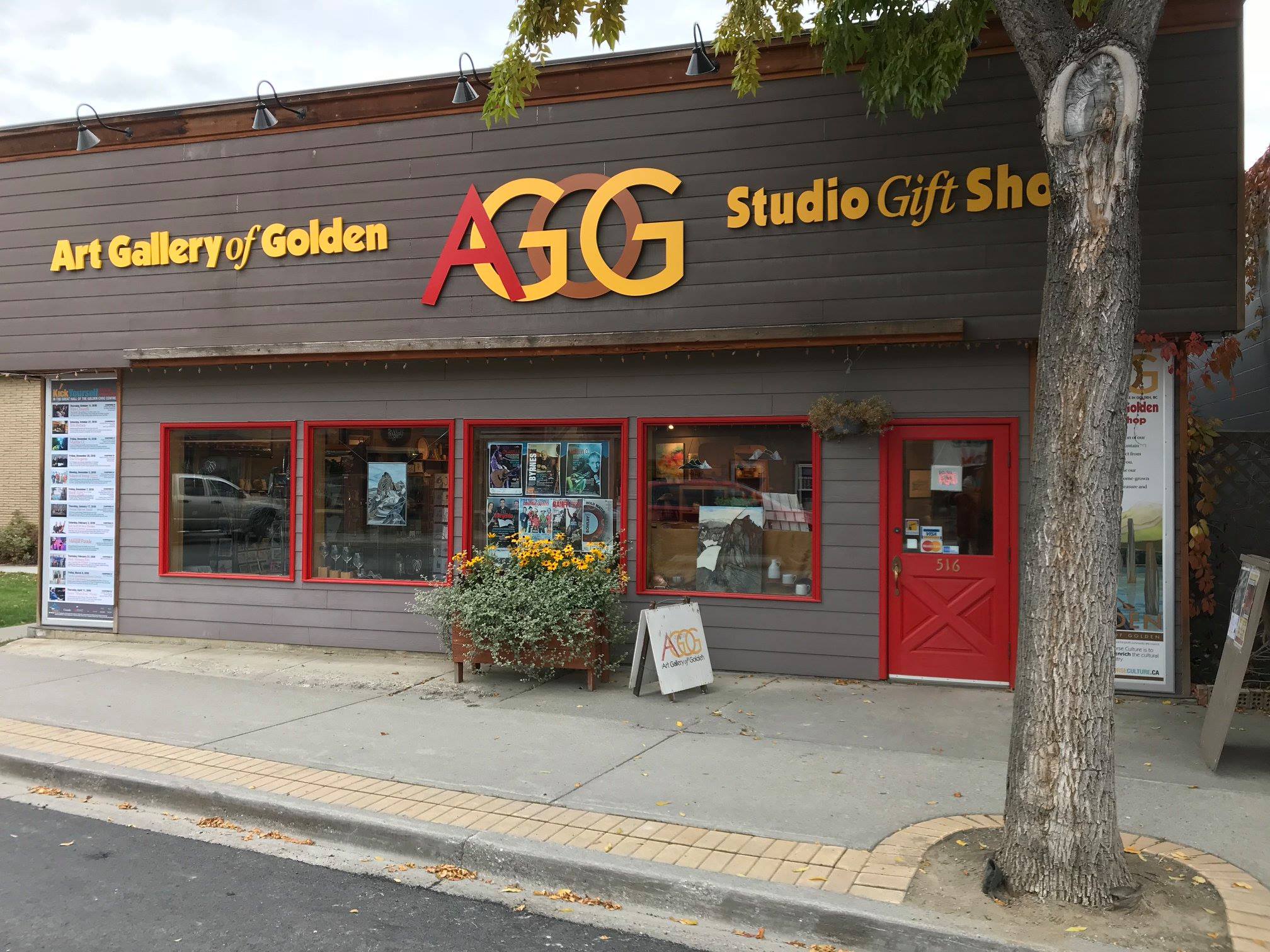 Important Notice Come meet Claire Dibble at the artists' reception from 5pm to 7pm Friday January 20, 2023
AGOG is very pleased to welcome Claire Dibble back for her exhibit Watershed Moments 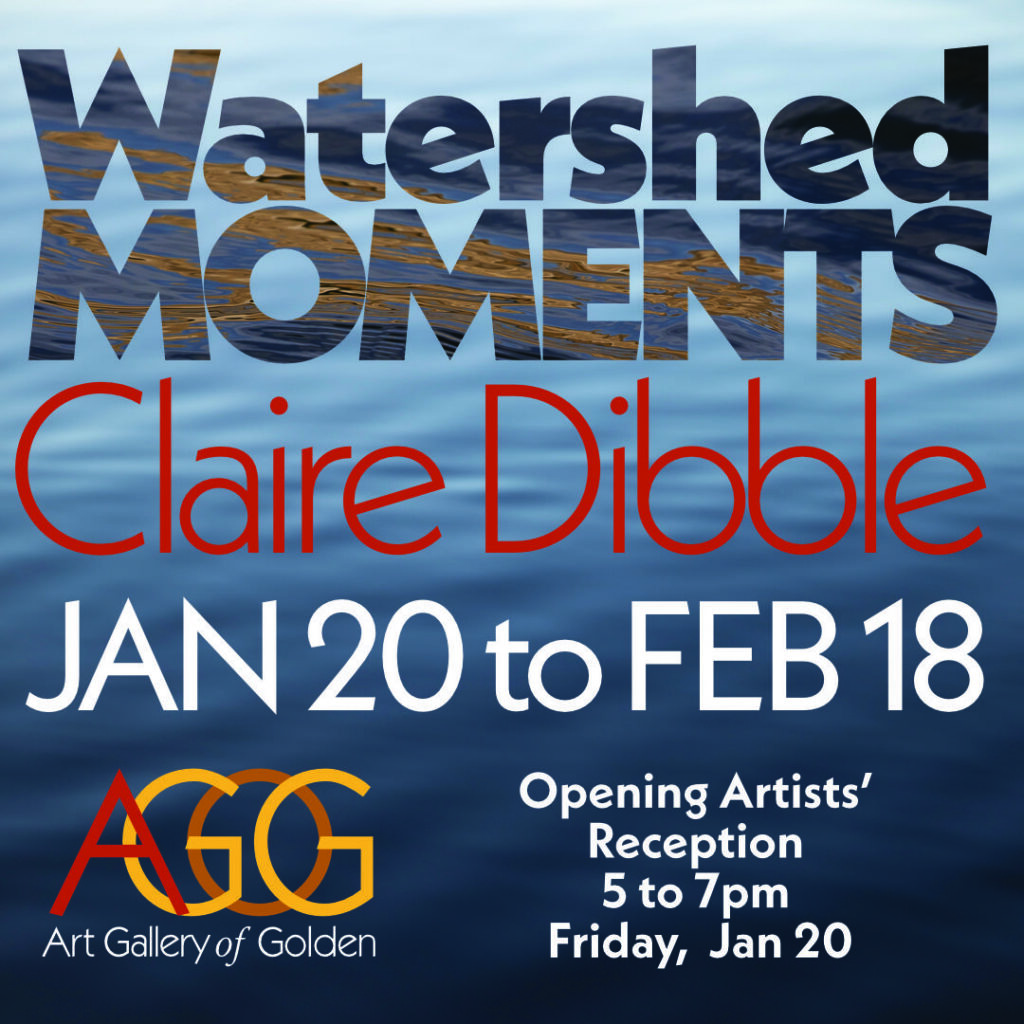 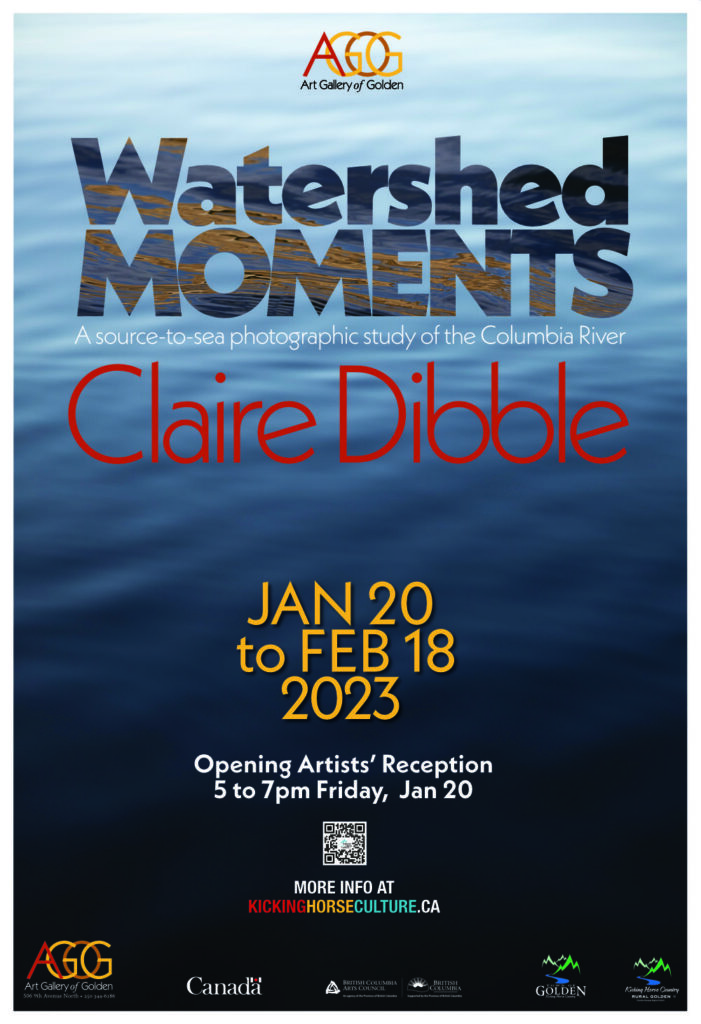 Claire Dibble is a photographer, writer, and project-based artist who lives and works in Golden, British Columbia. The daughter of a boatbuilder and a botanist, Claire grew up on the coast of Maine where she was encouraged from an early age to make things, to be curious, and to walk in the woods as often as possible. The impact of this early guidance was substantial, laying the foundation for her creative practice which to this day relies on time in nature, listening and noticing. She has participated in residencies in various locations, including aboard a ship in the Arctic. One of her largest projects to date involved building a kayak and paddling it the full length of the Columbia River, a 3.5 month photographic journey in 2019.

In 2019 I completed a solo kayak journey from source to sea on the Columbia River in a kayak that I built with my dad. I spent 3.5 months paddling the 2000 winding kilometres from Canal Flats, BC through Washington and to the ocean at Astoria, Oregon, portaging around 14 dams along the way. I set out to test the theory that one can find connection to nature in even the most altered of landscapes, and found there to be truth in this hypothesis.

These photographs are an invitation for you to experience the tiny moments and expansive vistas of this watershed. Most of them were taken from my phone, which was always tethered to the front pocket of my life jacket. In all weather conditions, I would pull it out to capture the particular shape of the water surface or a thunderhead building in the sky. The phone and cameras I carried served as instruments for noticing, and also as great distractions, slowing my downstream progress as I tried to capture a million fragments of an epic whole.Many of these prints were originally exhibited in galleries along the Columbia as I kayaked the river. I would send image files from my phone to a printer who would then send prints directly to the galleries, the grid of photos growing and morphing as I journeyed. They are displayed here in no particular order, a mash-up of the memories of a single watershed that stretches across an international border.

The kayak —a 14′ skin-on-frame boat built from steam-bent oak, cedar, fir, artificial sinew, and ballistic nylon— was designed by Brian Schulz of Cape Falcon Kayak. My father, a career boatbuilder, came to Golden to help me frame the kayak, and then I stitched the nylon ‘skin’ on the exterior on my own. The lightness of the craft was one of the primary reasons I chose to build this style of boat, using this original method of kayak building first developed by the Inuit, Yup’ik, and Aleut. It served me well, and at less than 30lbs, it made all the schlepping of gear along rocky shorelines more manageable for the solo traveller.

As a project-based artist, the nature of my work is varied. The projects that I create have a common theme, though the mediums shift from photography to textiles to boatbuilding, from audio recordings to bookbinding. That common theme grapples with living in a consumer culture, connection to the natural world, and the possibility of finding moments of awe and vulnerability even in these disturbed landscapes we have created.I’m still processing this experience of paddling the entirety of the Columbia, and perhaps I always will be. New lessons present themselves even now. I’ll continue to explore the lessons in two upcoming exhibitions this year; one in New Denver in August and another in Gibsons in November. You can follow along via quarterly email updates, sign up via the QR code below.