7:30 pm
Important Notice Given Covid restrictions, we have now rescheduled two nights of the BMFF World Tour to Fri. March 4 and Sat. March 5 at Mt. 7 Rec Plex -- restricting the audience to 325 each night. Ticket holders can use your existing ticket for these new dates OR come into AGOG for a refund. Friday Jan 7 tickets can be used on Friday March 4 only. Saturday Jan. 8 tickets for Saturday March 5 only. Sign up for News Kicks to get updates delivered to your email or find us on Facebook and Instagram.
This year's “best of the fest” two-night tour is dazzling and diverse: everything from intense action sequences and affecting environmental commentary to narratives of amazing adventures with exotic cultures in far-off lands.
Buy Tickets 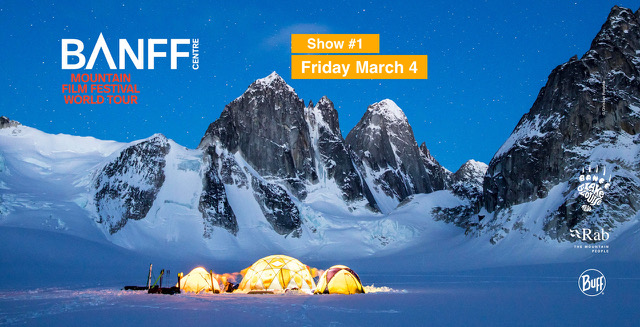 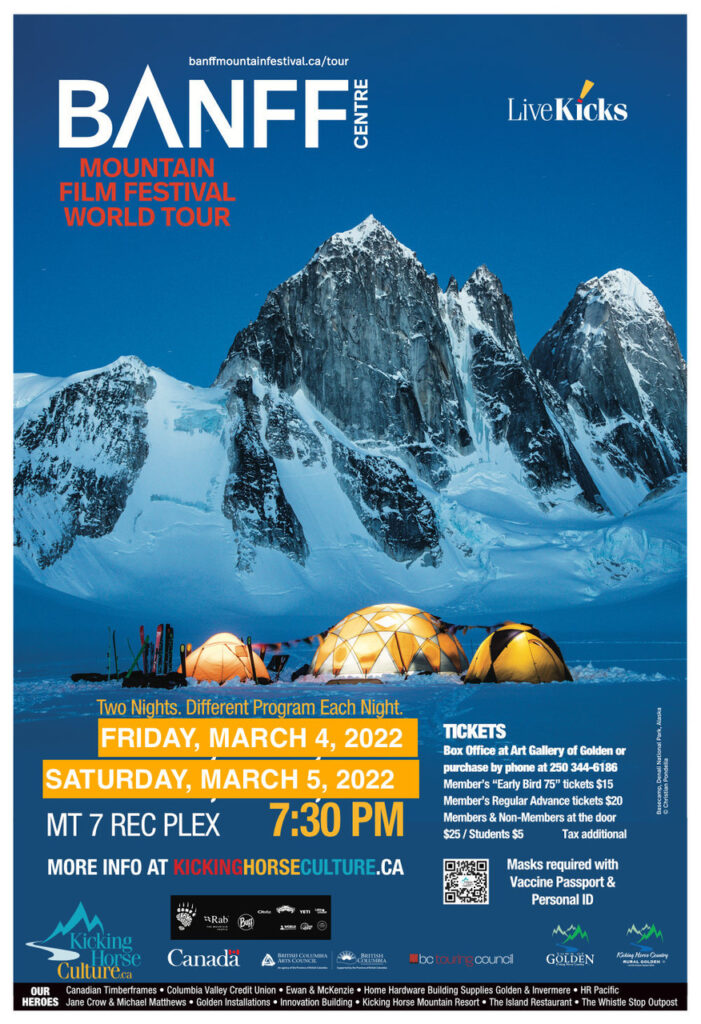 One of KHC’s most popular annual events is the Banff Mountain Film Festival. The World Tour is a compendium of highlights from the year’s best short films, a showcase for the most thrilling aspects of mountain culture and the world’s most pristine, beautifully remote environments.

The Banff Festival itself – which screens the very best of several hundred films that have been carefully juried – is the largest, and one of the most prestigious, mountain festivals in the world. And out of that comes the “best of the fest” film tour, which is presented at over 400 communities in 35 countries around the world. For the first time in Golden, we are presenting two nights of the tour – each with a completely different line-up of films!

This is an eye-popping selection of highlights: expect extreme action sequences, inspiring environmental commentary, and narratives of amazing adventures in exotic cultures and far-off lands. Running just over two hours, it is a righteous blast of mountain madness that will fill your Friday and/or Saturday night with a high-octane mix of adrenaline and happiness.

Grab your favourite beverage from the KICKS Café, sink back into your seat, and get ready for some serious exhilaration. This one always sells out, so get your tickets early!