Important Notice In consultation with Tim Hus re: current Covid realities, and with an abundance of care and caution for our community audience, our volunteers, and staff we have decided to POSTPONE this show until a later date. Ticket holders are asked to come into AGOG for a refund. Sign up for News Kicks to get updates delivered to your email or find us on Facebook and Instagram.
Take a trip from coast to coast to coast across our great country in stories and songs. You’ll meet hockey players, prairie truck drivers, potato growers and fishermen. Party like it’s a Sudbury Saturday night with the tunes of Stompin’ Tom! Across This Land in Story & Song is performed by award winning country singer songwriter Tim Hus and his band. This tribute will feature many of the songs that made Stompin’ Tom a Canadian treasure, and also include colourful stories of the incredible life of the Man with The Black Hat and Stompin' Board and the inspiration behind his legendary tunes. 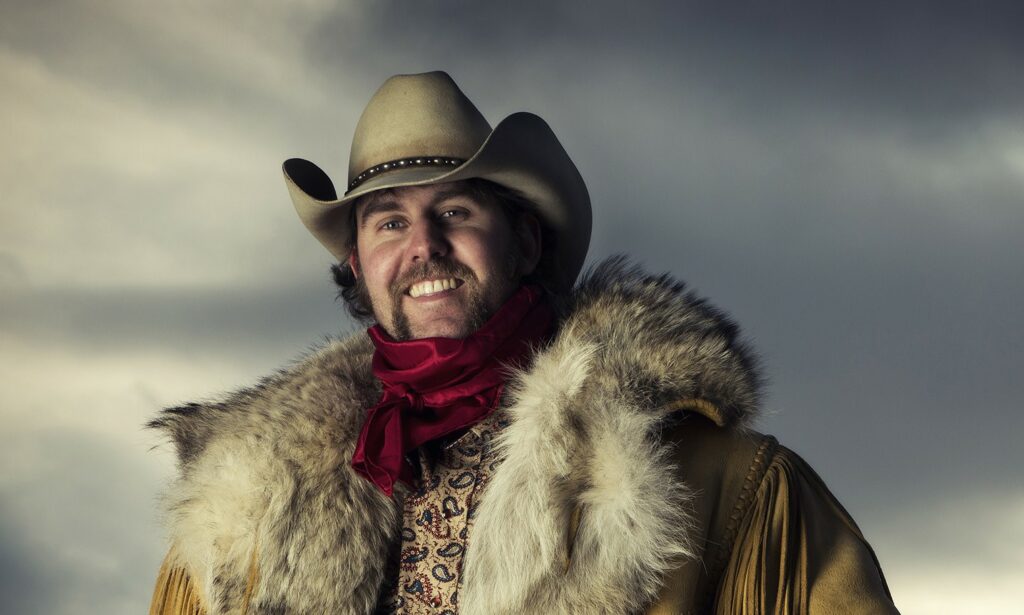 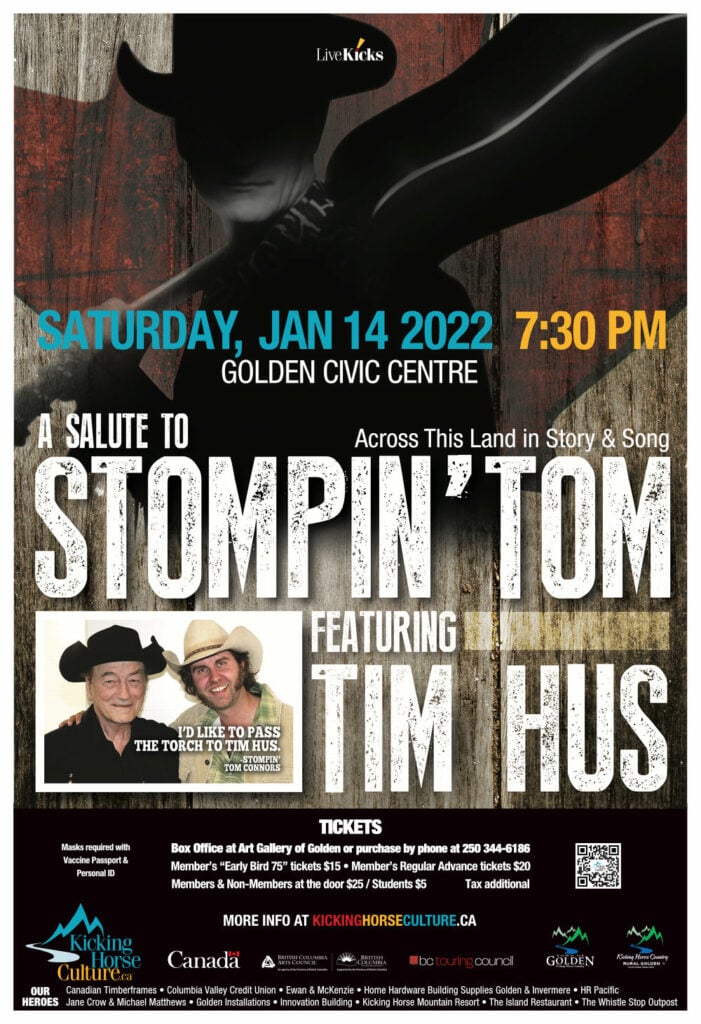 Part nostalgia but pure Canadiana, A Salute to Stompin’ Tom is an unforgettable celebration of the legendary bard who, in over 300 songs, sang about this country’s hockey players, prairie truck drivers, farmers, and fishermen with passion, insight, and gruffly irresistible charm.

Although Stompin’ Tom Connors passed away nearly a decade ago, his memorable country-folk songs live on thanks to “travelling cowboy singer” Tim Hus, an award-winning singer-songwriter who not only toured extensively with Stompin’ Tom, but performed at his funeral and was one of the pallbearers who carried him to his grave in Erin, Ontario. “I’ve been looking for 30 years for a young guy who’s proud to write songs about our country . . . I’d like to pass the torch to Tim Hus,” declared Stompin’ Tom a long time ago, and he surely picked a winner.

After paying his dues writing songs about early days spent fishing, tree planting, and driving a beer truck, Tim eventually got picked up by Stony Plain Records and, aside from those two years spent touring with his famous mentor, this talented singer and storyteller performed internationally and shared the occasional stage with the likes of Corb Lund and Ian Tyson.

A Salute was probably inevitable, but this is anything but a standard “tribute” show. Imbued with authenticity and powered by Tim’s immense respect for Stompin’ Tom, this is a remarkable showcase of memorable songs and evocative stories. The evening includes an exciting multi-media component that features images of the people and places memorialized in those great songs, plus classic pictures and videos of Stompin’ Tom throughout his storied career.

Take this great opportunity for a unique coast-to-coast-to-coast tour of Canada as seen through the eyes of one of its most beloved chroniclers. 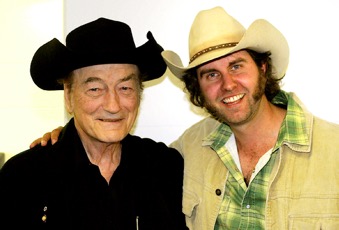 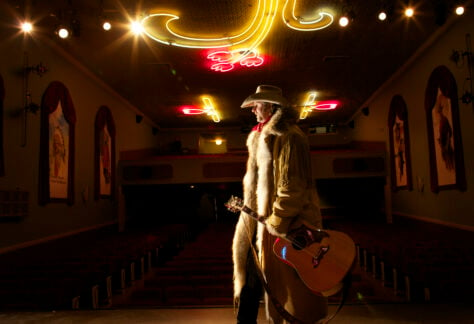 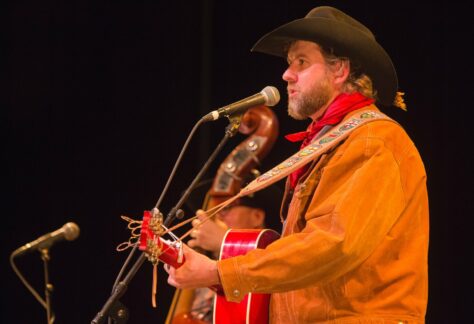