7:30 pm
Infused with a wonderful sentimentality, Lee Isaac Chung’s fictionalised account of his rural US childhood explores the growing pains of a family farm.
Buy Tickets 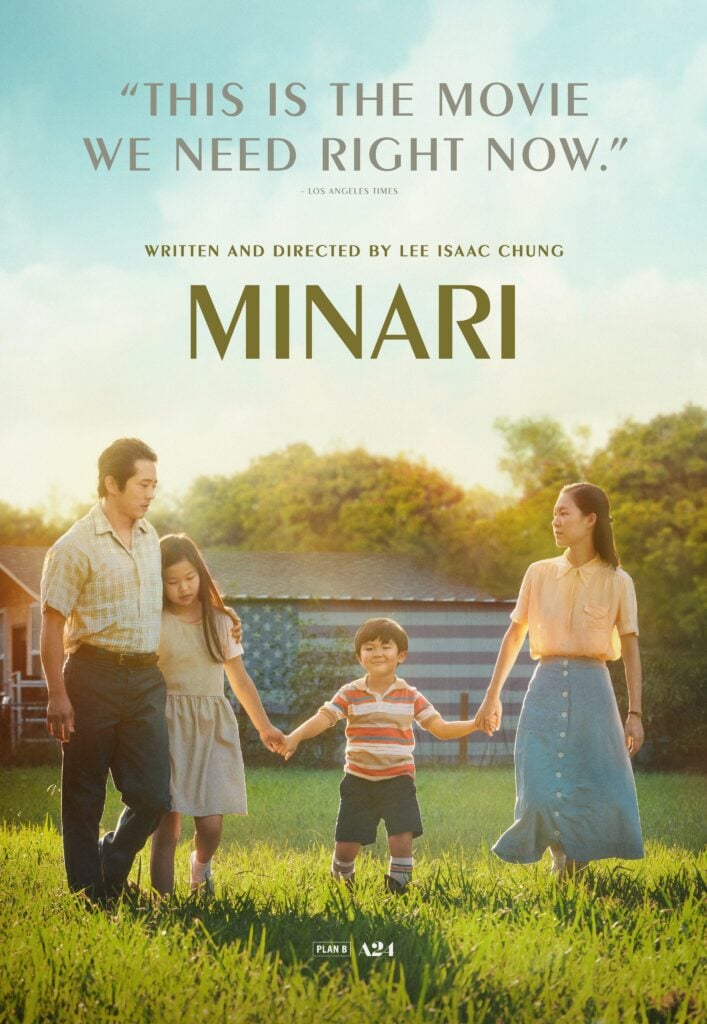 Minari is an east Asian herb, sometimes called water dropwort or water celery, grown in the wild and treasured by connoisseurs, a little like samphire grass in England. Its appearance in this movie is a sign of something mysterious and providential, an indication of good things coming from the soil.

This is a wonderfully absorbing and moving family drama with a buttery, sunlit streak of sentimentality. Writer-director Lee Isaac Chung based it on his childhood growing up on a farm in Arkansas in the 1980s. Minari already has the look of a well-loved classic, whose every scene feels familiar and loved, and it has an amazing way of recreating childhood. Watching it, I remembered for the first time in decades what it was like as a kid to sit in the back of a hot, stationary car in those days before air-conditioning, waiting for your mum and dad with the sun beating down, maybe a wisp of wind through the open window, and the hot plastic seats sticking to your bare legs.

Steven Yeun gives a piercingly intelligent performance as Jacob, a Korean incomer to the United States in the Reagan era; he and his wife, Monica (Han Ye-ri), and their two kids, elder daughter Anne (Noel Cho) and little son David (Alan Kim), have arrived in Arkansas from California, where Jacob had been making a joyless but reliable factory wage in chicken hatcheries. Jacob has a big dream: he will farm the land here, and get rich growing real Korean vegetables for the many Korean immigrants in the US yearning for a taste of home. But Monica is already disappointed with this new, hard life he has given them. Han plays her brilliantly, as proud and self-contained as an exiled princess.