God, dressed in an all new holiday power suit, returns to set the record straight and expound on everything from the beginnings of Christmas with Yule, Saturnalia and Winter Solstice, to holiday foods, Christmas carols, Star Wars, the true story of the Nativity, and even Tiny Tim! This show blends together the nostalgia of holidays gone by, a hilarious and laugh-out-loud look at the holidays of today and a heartwarming and perfectly sweet peek at holidays yet to come! The Christmas Special has become the most popular show of the entire series and is an absolute must see! You will never look at Egg Nog the same way again! 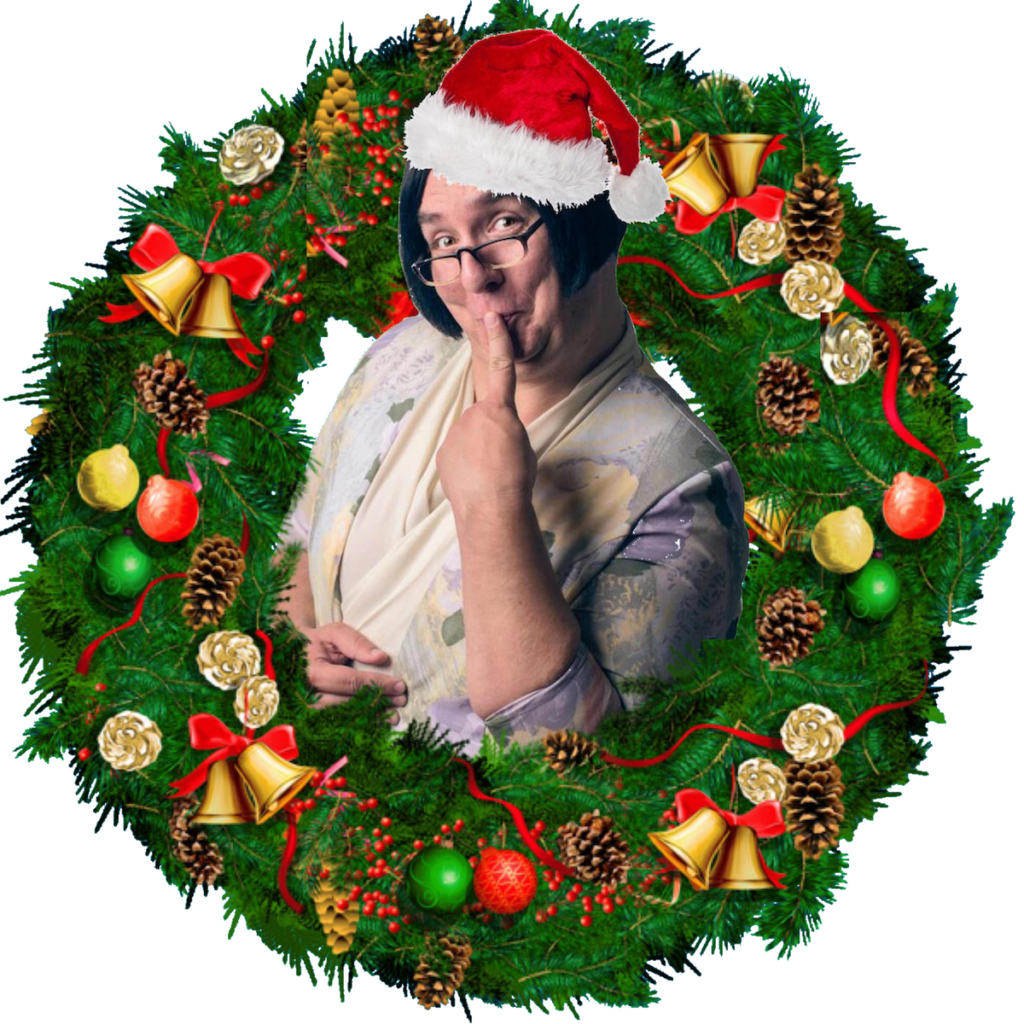 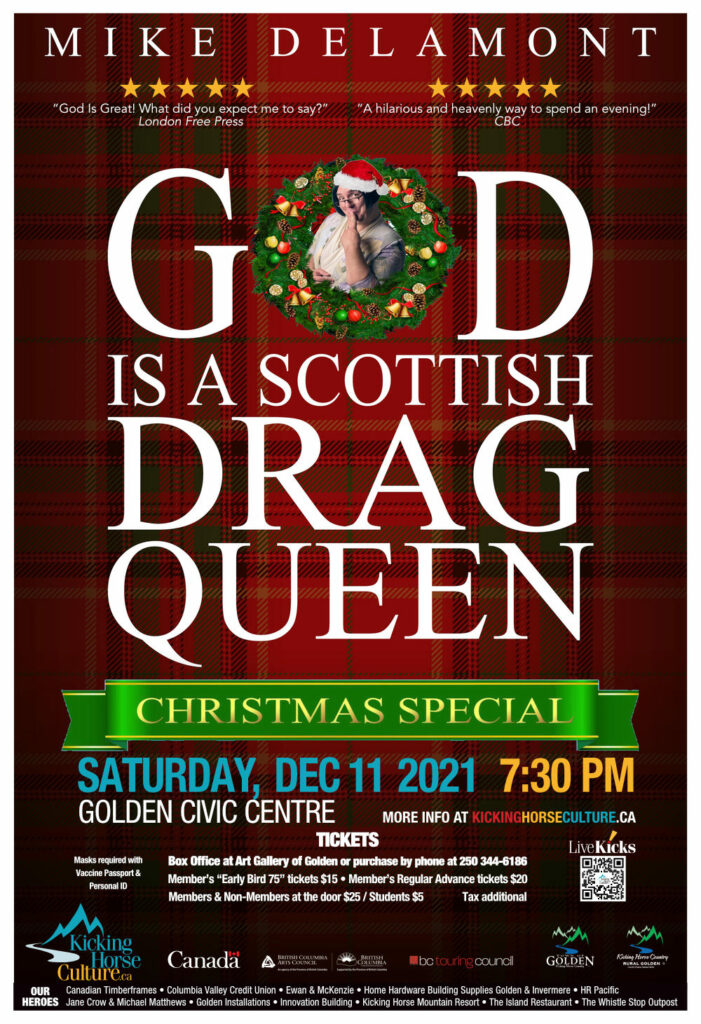 5 STARS
“God Is Great! What did you expect me to say?”
London Free Press

5 STARS
“A hilarious and heavenly way to spend an evening!”
CBC

Hailed as “talented beyond belief” by the Montreal Gazette, Mike Delamont is an award-winning stand-up comic who has wowed sold-out crowds all across North America. Most famous for his legendary God is a Scottish Drag Queen show, Delamont is unquestionably one of the funniest performers in Canada, and a popular guest on everything from Just for Laughs to the Winnipeg Comedy Festival.

A winner of more than 22 “best of the fest” Fringe Festival awards, God – which has now evolved into an ever-more-popular trilogy, complete with elaborate projections and sound effects – has broken ticket sale records at festivals across the continent with people waiting in line for up to 10 hours to get tickets.

Although Delamont has also written a few more traditionally “theatrical” shows such as the poignant, autobiographical Mama’s Boy, what audiences go crazy for is his primly swaggering performance as a wacky Old Testament scold in a floral power suit. With daft confidence and superb comic timing this ungainly frump in an ugly dress effortlessly dominates the room as a cantankerous female deity – one raising holy hell with a nearly endless supply of insightful japes and snarky one-liners.

And now, just in time for the holidays, comes the God is a Scottish Drag Queen Christmas Special. It’s not giving much away to report that some of his seasonal targets include everything from fruitcake and Brussels sprouts to Boxing Day and the Three Wise Men. The truth is that Delamont, much like Billy Connolly, can talk about almost anything and make you howl with laughter. Loudly and repeatedly. Don’t miss this one!