Important Notice Capacity is now at 100% but PHO still requires Covid Vaccine Passport with personal ID for entrance.
After 2 years of involuntary silence, La Cafamore resumes its concerts with piano trios by Arensky and Piazzolla. Carolyn Cameron (violin) is joined by Nina Horvath on piano and Maria Wang on cello, playing Arensky’s piano trio #1 and Piazzolla’s “4 Seasons of Buenos Aires”. 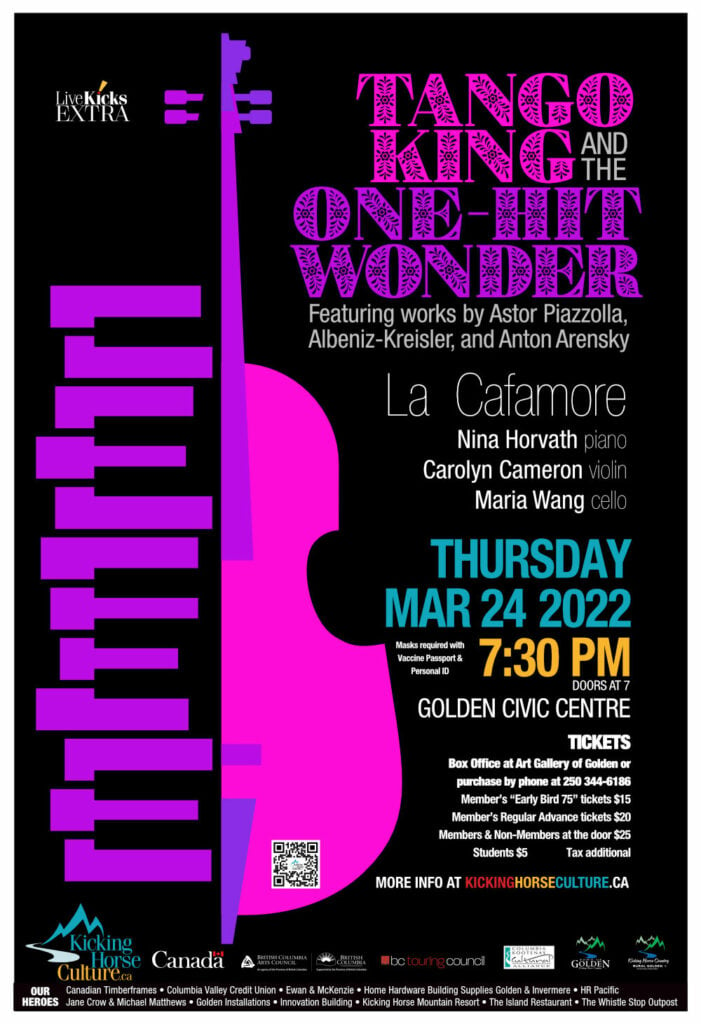 It’s been 2 years since La Cafamore has come together to perform, in fact, they were about to perform their “Tango King and the One Hit Wonder” program when the pandemic hit. It’s not often that we have the opportunity to present fine chamber music in Golden, so KHC is very pleased to be able to welcome La Cafamore to town for a lovely evening of intimate chamber music featuring violin, cello and grand piano. (Hint, hint: tickets for students are always only $5!)

“We were days from getting together” says violinist Carolyn Cameron, “and then, we all know what happened. It is such a great program, with some of the most beautiful melodies in the classical music repertoire. The cello part in the Arensky piano trio #1 is to die for”.

Cellist Maria Wang has been looking forward to playing the piece since she and Cameron planned the concert 3 years ago. “Right from the start, you hear a beautiful melodic line passed back and forth between the violin and cello. It’s wonderful. Then the third movement is Arensky’s tribute to Karl Davydov, a famous Russian cellist who had recently died.” The piano part is as challenging as any romantic repertoire, keeping pianist Nina Horvath on her toes.

Rounding off the program is Piazzolla’s “4 Seasons of Buenos Aires”, a collection of four tangos written originally as stand-alone pieces for violin, electric guitar, piano, double bass and bandoneon. “Any time one hears “the Four Seasons”, a piece is going to be compared to Vivaldi’s iconic work. In this case, the title is where the similarity ends” says Cameron, “although several arrangements have tried to combine the two pieces, I don’t think that Piazzolla’s intent was to base the music on Vivaldi’s. This particular arrangement does not attempt to merge the two works”. Piazzolla’s four pieces are elaborations on Argentinian tangos and don’t have the programmatic story line that accompanies Vivaldi’s seasons.

Since this concert has been postponed by 2 years, does that mean that La Cafamore has had 2 years to work on the program? Cameron laughs. “I suppose in theory, but it gets awfully lonely practicing trio music all by yourself”. La Cafamore’s concerts have each artist working on the parts alone before getting together prior to the concerts to put it all together. And while it’s pretty clear who the tango king is in this mix, who is this ‘one hit wonder’? “That would be Anton Arensky” says Cameron “and it’s really not true. Arensky was a famous Russian composer in his day. He even has a glacier in Antarctica named after him”. In spite of this, he is largely unheard of aside from classical string players, hence the title for this concert.

With touring support from the Columbia Kootenay Cultural Alliance, La Cafamore is touring this program to the communities of Kimberley, Golden, Fernie, Silverton and Trail. 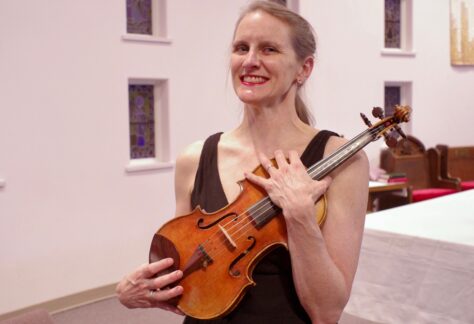 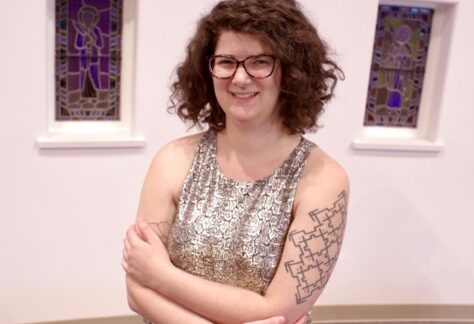 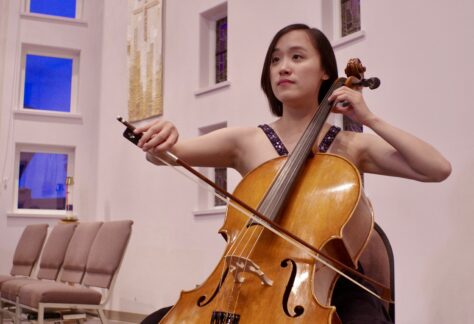