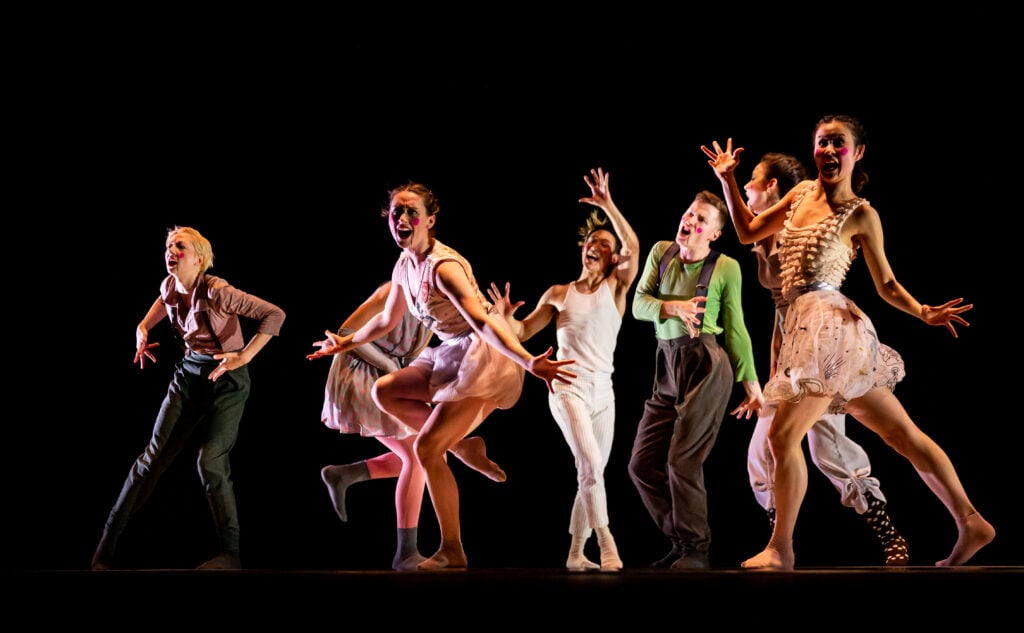 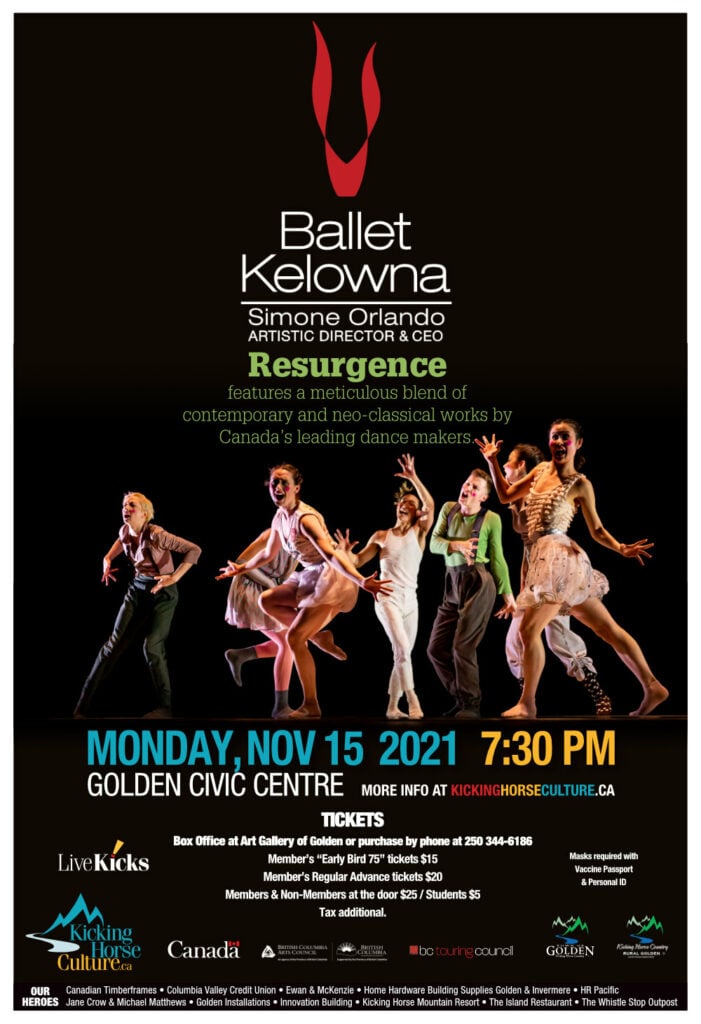 Founded in 2002, Ballet Kelowna is the only professional dance company in the B.C. interior. The company’s fortunes advanced notably in 2014 when Simone Orlando took over as artistic director and CEO. An award-winning choreographer who formerly danced with Ballet BC and the National Ballet of Canada, Orlando has significantly increased the profile of Ballet Kelowna, which in non-pandemic years typically performs for over 12,000 audience members annually.

Their Resurgence program for Golden is a diverse trio of contemporary and neo-classical works by Canada’s leading dance makers. The evening begins with Petrushka (2019), a playful meditation on love and loss created by celebrated dancer and choreographer Heather Dotto. It is the edgy and amusing tale of three puppets magically brought to life at a city fair, and Dotto acknowledges Petrushka’s original playfulness and theatricality, while responding with creative panache to the celebrated score by Igor Stravinsky.

Rounding out the program is MAMBO (2018) by Alysa Pires. Hailed as a “crowd pleaser” by The Globe and Mail, this vivid, high-energy piece gained worldwide acclaim after performances at Beijing’s China International Performing Arts Expo and Toronto’s Fall for Dance North Festival in 2018. A joyful and ebullient ensemble piece that features Latin swing and jazz tunes sung by Dean Martin, Sarah Vaughan, and Rosemary Clooney, MAMBO is, literally, irresistible – it was such a delight the last time Ballet Kelowna performed here that we couldn’t wait to bring it back! 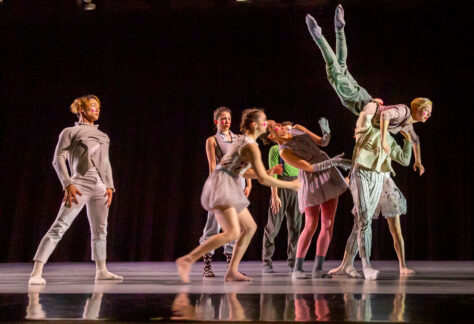 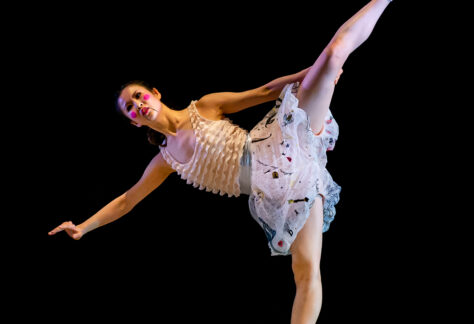 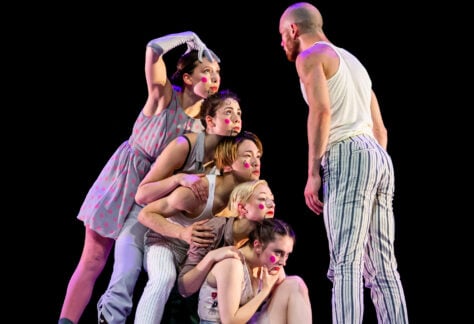 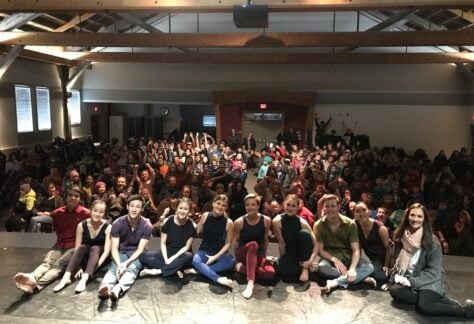 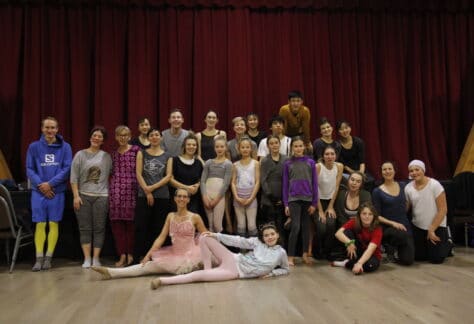 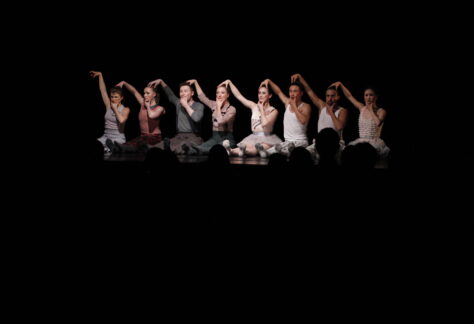 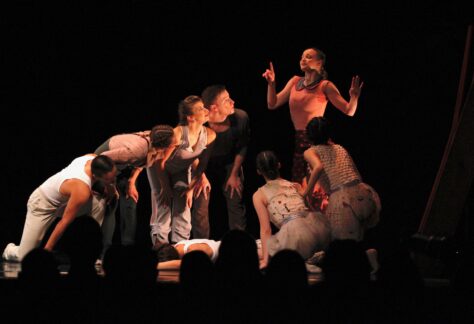 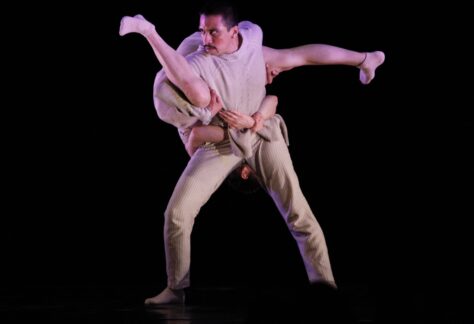 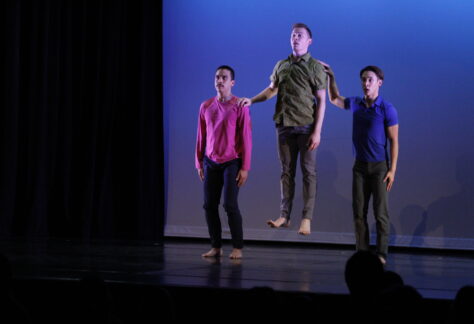 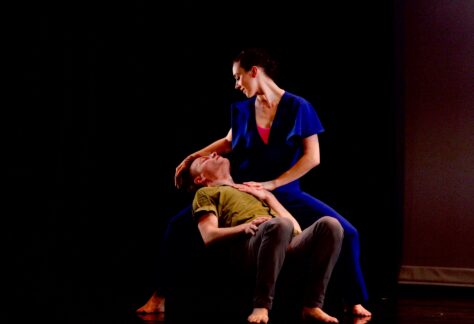 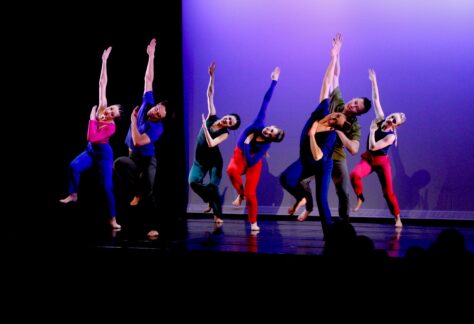