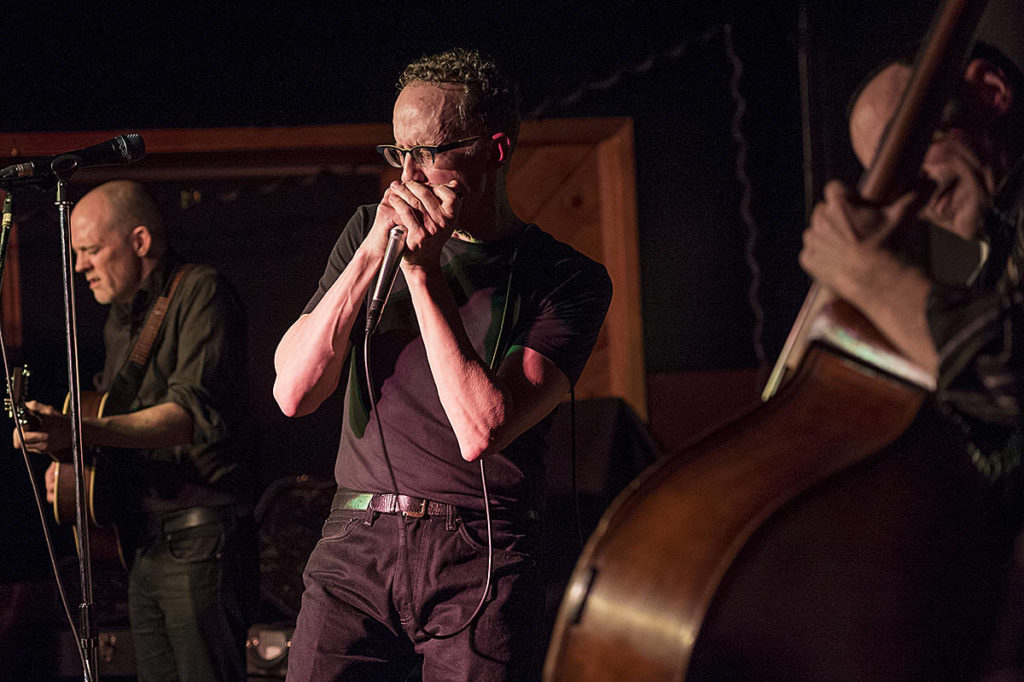 Virtuosity traps many talented performers in an endless loop where there is lots of showing off but not much musical substance. Such is most definitely not the case with Carlos del Junco, one of the most energetic, creative, and adventurous harmonica players on the planet. Managing to be both sophisticated and thrillingly raw, del Junco’s primary inspiration comes from the worlds of blues and jazz – but expands out into an expansive repertoire embracing everything from New Orleans second line grooves, jump blues, and ska to swampy roots-rock, R&B, Latin, hip-hop, country, and gospel. (His jaw-dropping solo version of Amazing Grace somehow evokes the sounds of bagpipes out of a simple, 10-hole harp – beat that, Bob Dylan!)

Without getting into a lot of technical details it is worth noting that the Cuban-born del Junco is one of the few masters of what’s called over-blowing – a technique that allows him to play a diatonic harp chromatically, resulting in a complex flow of music that is remarkably expressive. Somebody once wrote that, “To say Carlos del Junco plays the harmonica is like saying ‘Jimi Hendrix plays guitar.’”

Yes, del Junco’s technical excellence is more or less unparalleled; but what really makes the audiences go crazy is his endless, readily apparent passion for the music he plays. Take it for granted that there will be an astonishing display of jaw-dropping instrumental skills and boundless musical imagination. But when del Junco takes to the stage — like they did on our stage in 2010 — with longtime bandmates bassist Henry Heillig and guitarist Eric St. Laurent (a.k.a. the Blues Mongrels) there will also be joyful ensemble playing with subtleties and clever arrangements to complement all that crazy virtuosity.